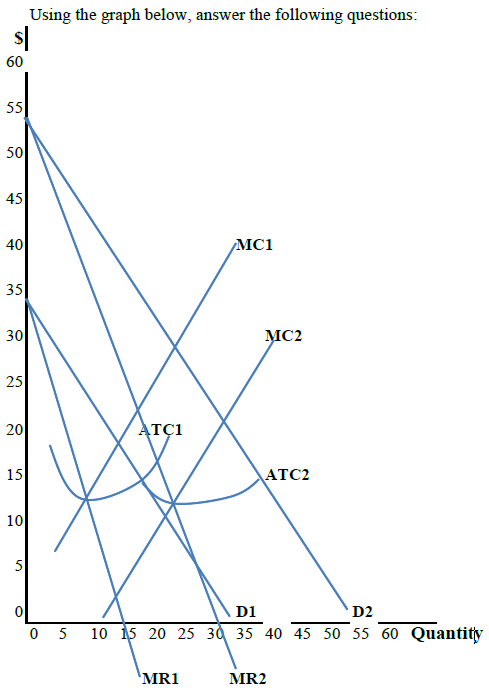 The market demand at the beginning is D1, and its corresponding marginal revenue is MR1. The initial ATC is ATC1, and the original supply is MC1.

After a given time period, due to investment and technological advances, which cost the monopolist an increase in TFC, results in a cost of production decrease to ATC2 and its corresponding supply to MC2. The monopolist, then, in the absence of price regulation by the government, would like to produce _______ units and charge a unit price of $__________.

However, due to quality improvements and effective advertising, the demand increases to D2, while its corresponding marginal revenue is MR2, with ATC2 and MC2 remaining unchanged. The monopolist, therefore, produces and sells approximately ______ units at $_______ per unit. His/her total profit is now approximately $___________.